There are now two open PhD positions at Aarhus University on CO2 conversion by heterogeneous photocatalysis, under the supervision of our Associated PI Nina Lock.

Read more about the positions at:
https://phd.nat.au.dk/for-applicants/open-calls/november-2021/co2-conversion-by-heterogeneous-photocatalysis-2-phd-scholarships/

NordCO2 PhD student Narges Atrak has worked together with Ebrahim Tayyebi under the supervision of Prof. Egill Skúlasson to study the stability of intermediates in CO2 reduction reaction and the competing hydrogen evolution reaction using DFT calculations. Congratulations to all authors! 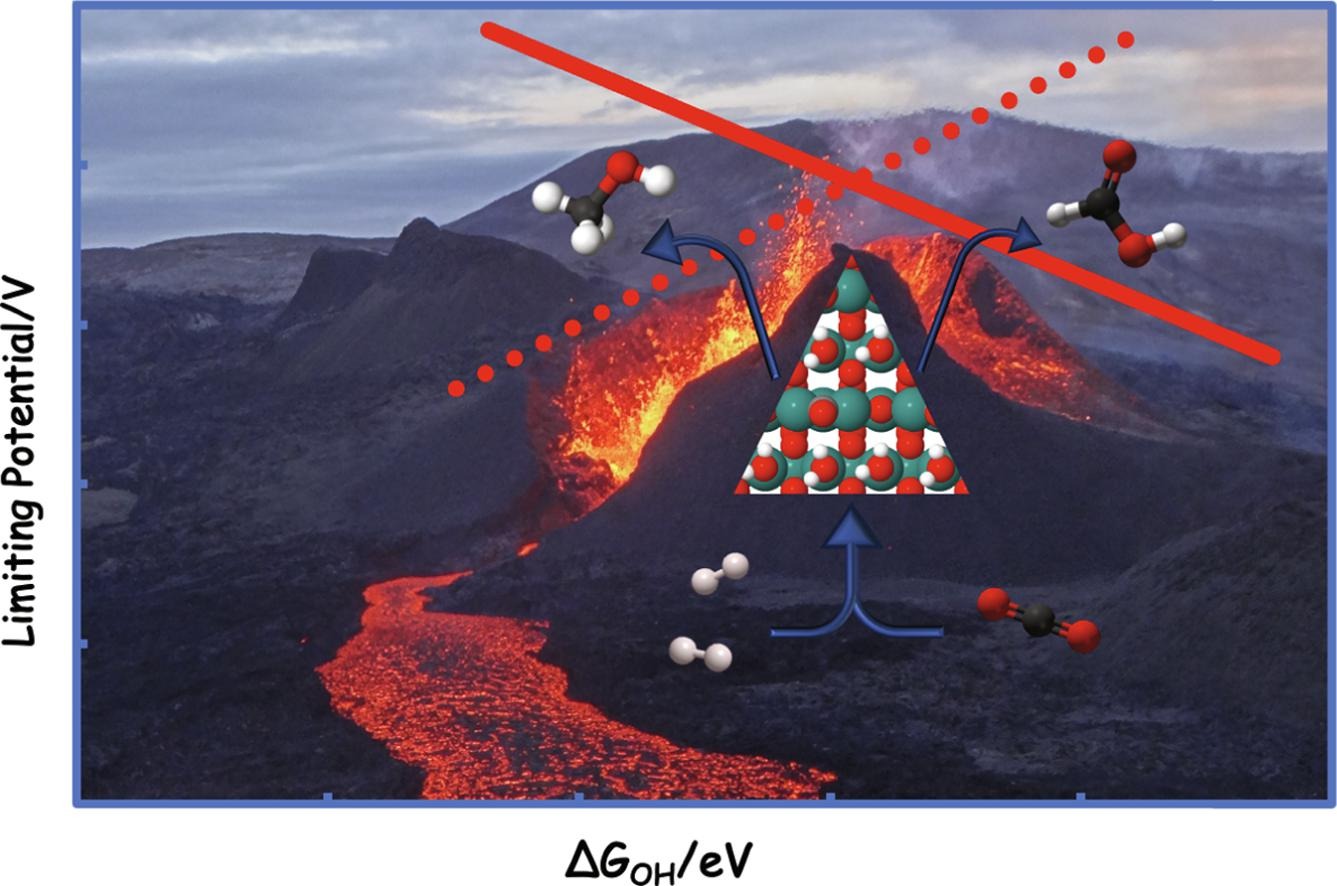 Abstract:
Density functional theory calculations are utilized to understand the effect of solvent on the stability of intermediates in CO2 reduction reaction (CO2RR) toward methanol and formic acid formation and the competing hydrogen evolution reaction (HER) on twelve rutile (110) transition metal dioxide (TMO) surfaces. To study the solvent effect, one monolayer of water is included in the free energy calculations of adsorbates in CO2RR and HER and compared with the results when water is absent. The emphasis is on the catalytic trends where limiting potential volcano plots for the products are obtained through the scaling relations of adsorbates. We find that cooperative adsorbed (co-adsorbed) water changes the overpotentials for the formation of formic acid and methanol, ranging from 0.2 to 0.5 V. Moreover, co-adsorbed water destabilizes HCOOH on TMOs (except for IrO2 and ZrO2) and therefore the selectivity is shifted more toward formic acid compared to methanol when the model system is improved. We confirm recent experimental observations that the RuO2 catalyst is selective toward HER. Furthermore, NbO2 is predicted to be selective toward formic acid and methanol formation while other TMOs such as MoO2, ZrO2 and OsO2 are predicted to reduce CO2 to CO on their surfaces.

NordCO2 PI Mårten S. G. Ahlquist and collaborators have explored the mechanism behind the photo carboxylation of C(sp3)-H bonds in benzylic substrates using DFT calculations. To use their own words, “The present study sheds light on the detailed functions of the photo-catalyst and transition-metal catalyst in the carboxylation reactions, and the interactions might be possibly generalized to other photoredox systems with co-catalysts“. Congratulations to all authors!

Title:
Mechanistic study on the photo carboxylation of benzylic C-H bonds by xanthone and Ni(0) catalysts

Abstract:
The photo carboxylation of the benzylic C(sp3)-H bond catalyzed by xanthone/nickel were examined by density functional theory (DFT) and time-dependent DFT (TD-DFT) calculations. This study corroborates the previous proposal that light promotes the H-transfer from benzylic C(sp3)-H bond of the p-methoxytoluene to excited state of photocatalyst xanthone. Meanwhile, Ni(0) catalyst could mediate the H-transfer to occur via an electron-coupled-proton transfer manner, and then remarkably facilitates the carboxylation step (compared to the Ni-absent systems). After that, the generated Ni(I) intermediate and ketyl radical anion complete the carboxylation and electron transfer processes independently.

You can find a list of publications by NordCO2 on our Publications page.