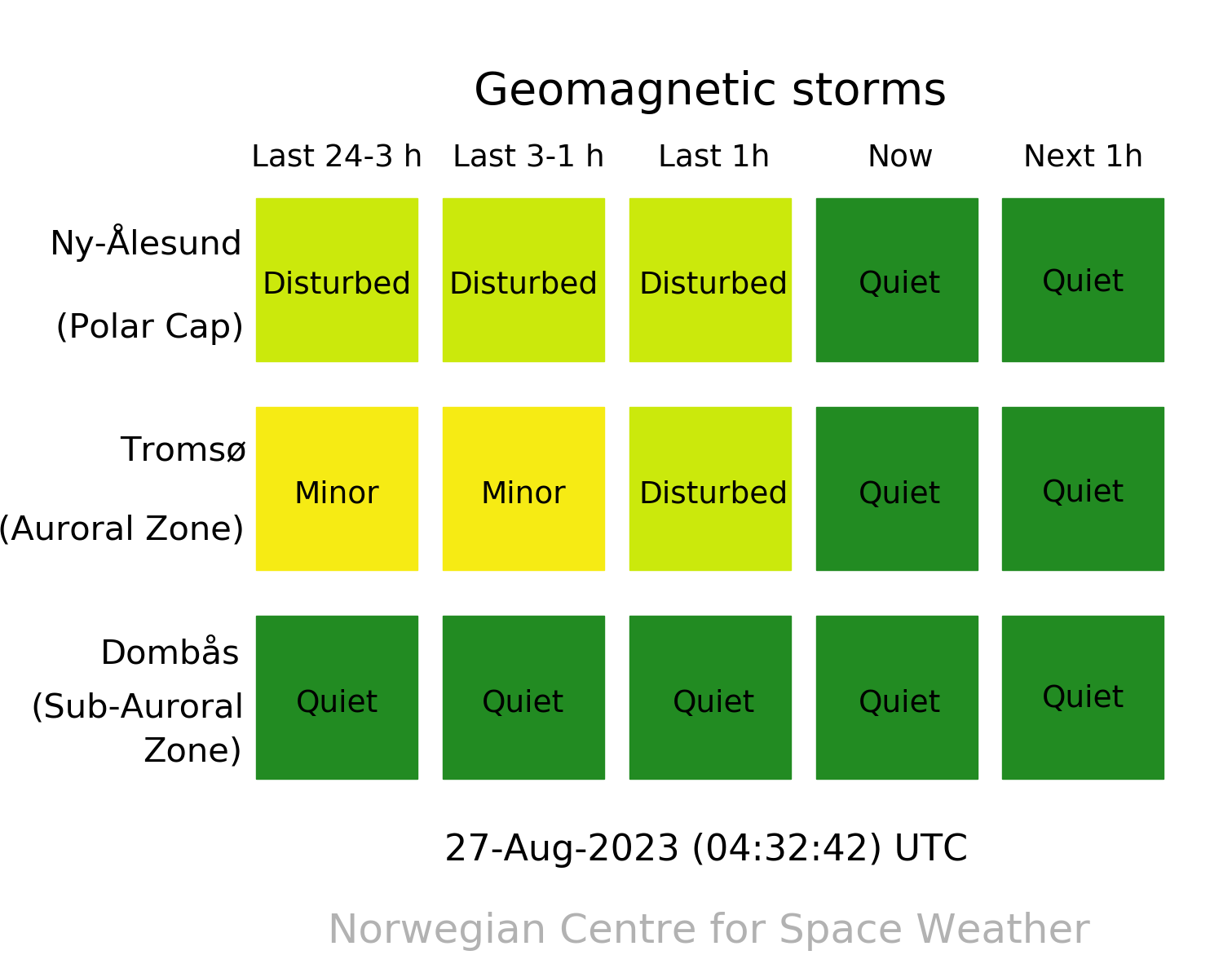 
The Local Geomagnetic overview and 1 hour forecast is based on the the method developed by Watermann and Gleisner described in DMI Technical Report 06-18 (Geomagnetic Activity Forecast Service (GAFS) Final Project Report Vol. 1).

The method uses time shifted solar wind data (IMF and velocity) from DISCOVR satellite at L1 as input. A linear prediction filter with 5 coefficients is applied to, based on the solar wind data, predict geomagnetic variations at a set of selected ground magnetometer stations; Svalbard, Tromsø and Dombås as indicated on the map.

Note: The prediction fails or looses accuracy for disturbances not directly driven by the solar wind, such as substorms.

Disturbance levels are based on the measured deviation in the Horizontal component (dH):