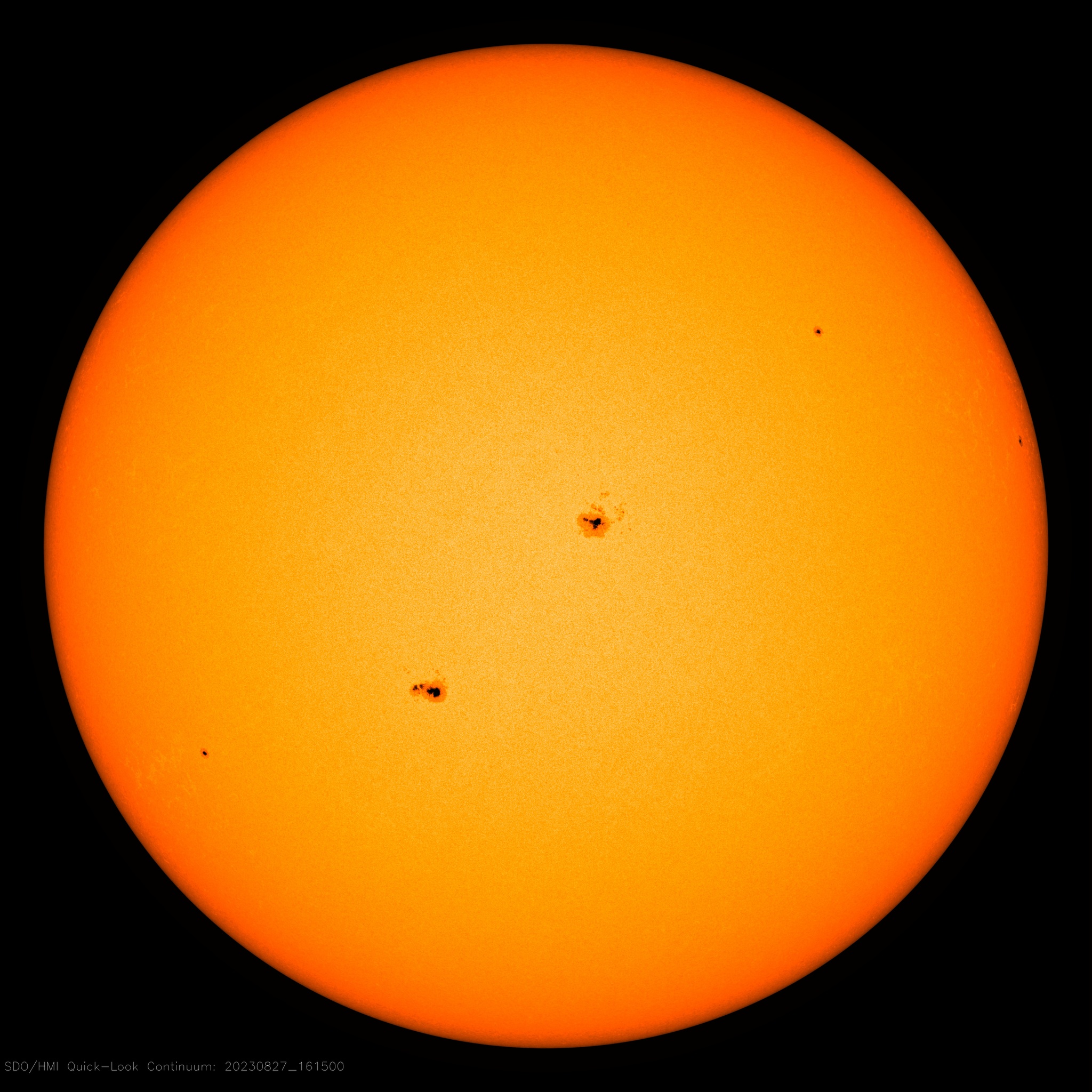 HMI Continuum
Continuums provide photographs of the solar surface, incorporating a broad range of visible light. The picture highlights features on the Sun’s surface, called the photosphere, such as sunspots. Solar Region: Photosphere 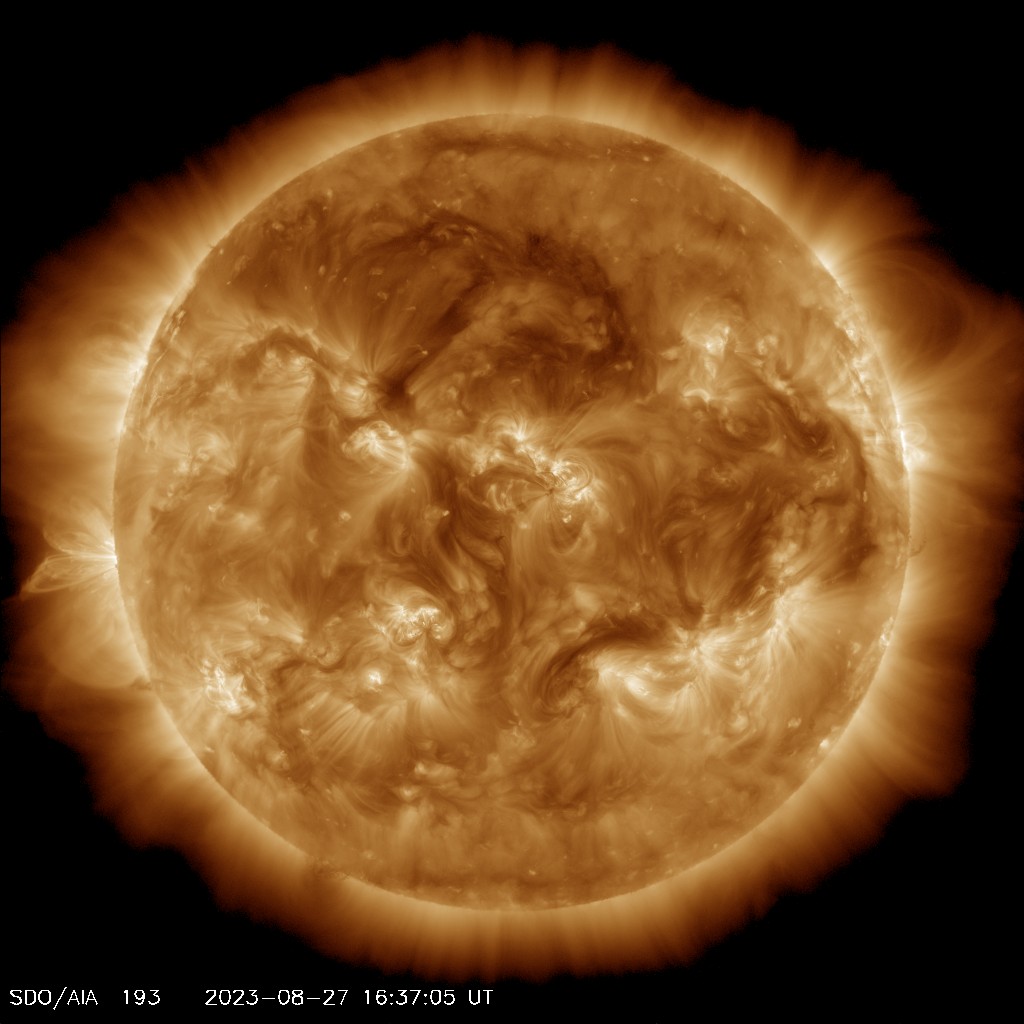 AIA 193
Emitted by iron-12 (Fe XII) at 1,000,000 K and iron 24 (Fe XXIV) at 20,000,000 Kelvin. The former represents a slightly hotter region of the corona and the later represents the much hotter material of a solar flare. Hot active regions, solar flares, and coronal mass ejections will appear bright here. The dark areas – called coronal holes – are places where very little radiation is emitted, yet are the main source of solar wind particles. This wavelength is typically colorized in light brown. Solar Region: Corona/Flare Plasma 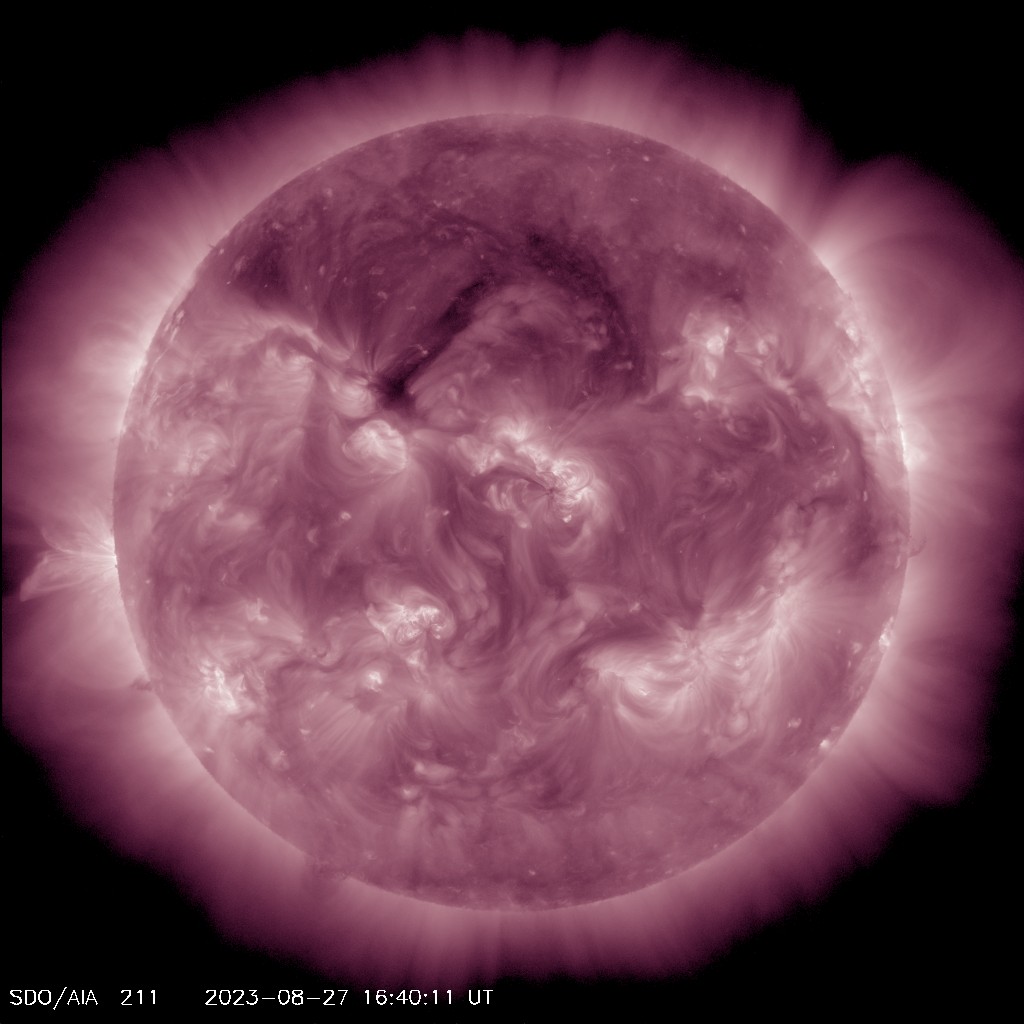 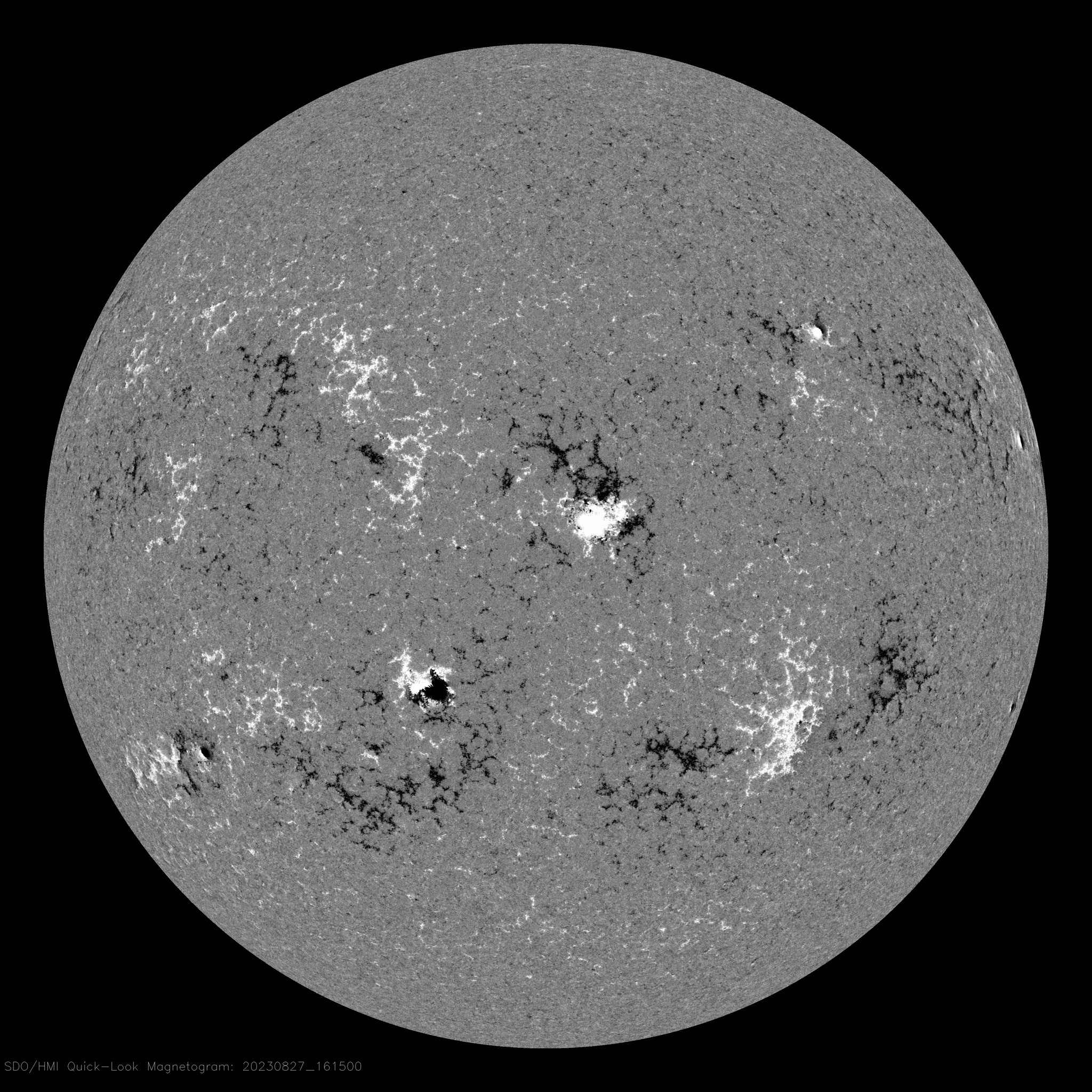 
The data are provided by NASA/SDO/GSFC

The Solar Dynamics Observatory (SDO), launched on February 11, 2010, provides ultra high-definition imagery of the Sun in 13 different wavelengths, utilizing two imaging instruments, the Atmospheric Imaging Assembly (AIA) instrument and the Helioseismic and Magnetic Imager (HMI). Each wavelength is based on one or two types of ions — though slightly longer and shorter wavelengths produced by other ions are also part of the picture. Each wavelength was chosen to highlight a particular part of the sun’s atmosphere, from the solar surface to the upper reaches of the sun’s corona.

Here on NOSWE site we chose to provide four pictures of the Sun that highlight the photosphere and the outer atmosphere, called the Corona, because these give a good complementary view of the active regions/sunspots and the coronal holes, respectively, both of which are crucial when considering space weather.